What are the birthstones by month? January is garnet, February is amethyst, March is aquamarine, April is diamond, May is emerald, June is pearl, July is ruby, August is peridot, September is sapphire, October is opal, November is topaz, December is turquoise.

Each stone is believed to own its “magical” properties for its wearer.

Birthstones corresponds to a person’s birth month.  It was believed that each stone offers the person who wears them the special power during the astrological period.

It is believed to have magical healing and therapeutic benefits to the wearer.The list of birthstones was said to originated from Polland during the 16th-18th centuries. The US National Association of Jewelers released a list of so-called birthstones in 1912.

Sometimes the lists of birthstones differ due to the adoption of traditional vs modern lists. Regardless, let’s check out which stones bring out the best energies and vibes in you.

Garnet is normally red, though there are garnet that comes in other different colours.

All garnets possess the same physical properties and crystal forms, it differs in chemical composition that makes the colour different.  Garnets are a group of silicate minerals and have been used as gemstones.

Amethyst is usually violet in colour. Other than using it as gemstone, amethyst is also fondly used as beautiful home decorative items.

Amethyst is believed by some. to have healing properties to enhance the body immune systems and helps with treating addiction.

Aquamarine comes in pale blue to light green in colour.  They are silicate and can change colour from greenish blue to pure blue by heat.

Aquamarine is associated to bringing good lucks to sailors as they were believed to be the treasure of mermaids.  It is used for protection from fear.

Diamond is known to be the hardest stone, and is used in many industrial and dental places for cutting.

Diamond is a natural solid carbon formation, found in the earth. Diamonds are usually highly valued as gems, for its durability, cut, colour, and carat.

Though transparent in colour, there are some diamonds that come in pink, blue, black and many variations of colours.

Diamond is associated to rarity, purity and brilliance. It is cleanse our negative energies to allow us to shine bright. Shine bright like a diamond!

Emerald is made of varieties of beryls and is green in colour. Most emeralds are highly included.

Emerald is associated to help calms a person’s emotions and promote friendship and harmony.

Pearl is composed of carbon carbonite and has beautiful shine and lustre.  Its lustre and shine come from the soft tissue made by living shelled molusks.

Pearls were once reserved for only royalties long, long time ago.

Ruby is usually red in colour and is known for its high value.  Ruby is a precious stone made of corundum .

Ruby is a strong stone that protects and bring happiness to the wearer, as it is associated with vitality and vigor, overall good health.

Peridot is green in colour and is a magnesium-rich variety of olivine.  The richness of its green depends on the iron content within the stone structure.

Peridot is associate with abundance and happiness as it opens the heart chakra and brings joy to the wearer.

Sapphires are precious gemstone, usually blue in colour.  There are also varieties of different coloured sapphires that are seen and worn.

Sapphires are associated to bring balanced to the body, mind and soul.  It is a stone of grounding of pure communication.

Opal stone has its mystical translucent colour.  It is associated to hope, innocence, and purity.

Topaz in its common form, is usually colourless.  The impurities and chemical composite brings out the different colours in topaz.

Topaz is associated to stimulate and recharge.  It is known as a stone of love and good fortune.

Turquoise is an unique wazy opaque, blue-to-green mineral that is a hydrated phosphate of copper and aluminium.

Turquoise is associated to wisdom, tranquillity and protection. 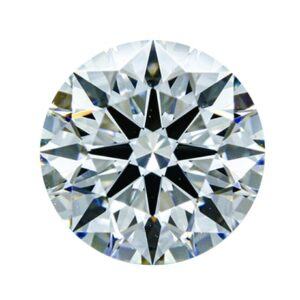